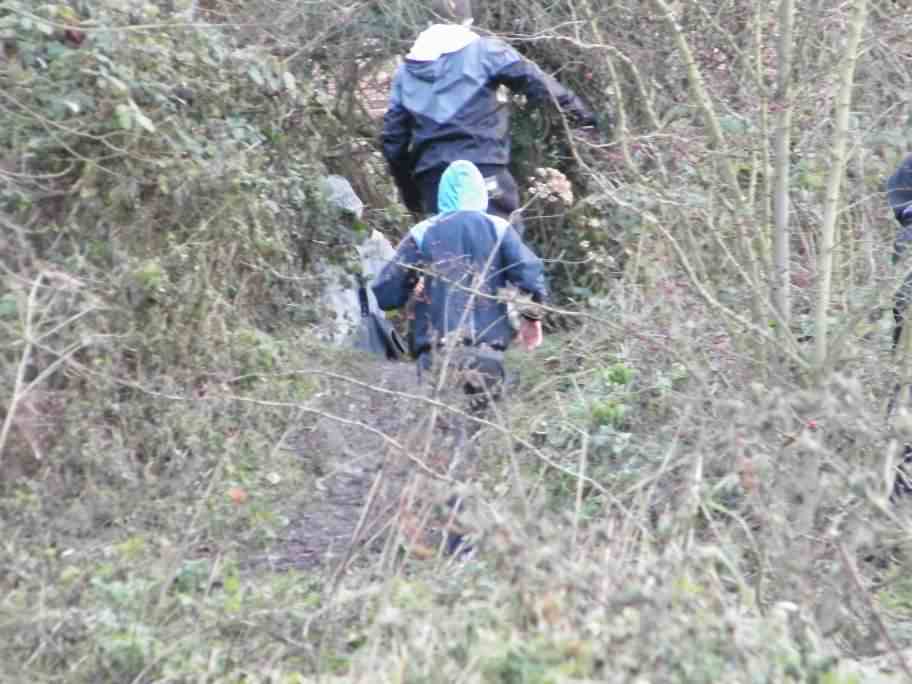 A sub species of H. sapiens, they are rarely spotted during daylight hours, as most are nocturnal, preferring the dark to cover their activities.  A genus of mostly similar habits to H. sapiens they have evolved a trait of destroying or defacing their habitat through boredom and lack of stimulation.  Mostly a timid mammal, usually males although females are occasionally found, they will attempt run away or hide when confronted by the appearance of H. sapiens.  However, some can be very aggressive becoming quite violent when found in the act of performing, which is a condition commonly called "vandalism", so they should be treated with some caution when found.

The effects of H. sapiens stupidus can be varied and far reaching, they are locally common throughout the planet, but in some localities they can be quite rare.  Colouration of the species is many and very varied, and their feeding habits also vary markedly with some individuals being herbivores.  Drinking habits are probably more habit or ritual based with many of the species preferring alcohol based fluids from various containers that are then left in the area where they are performing, possibly as decoration for the "vandalism" ritual. 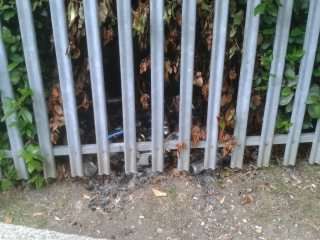 The aftermath of their rituals are usually only found a few days later where extensive marking or "tagging" (as it is colloquially known within the species) of affected areas can occasionally be found.  Casual observers may also find an H. sapiens stupidus "midden" at their display sites, containing the left over detritus of their activities.  See the photo right -->

Several of the species have been found performing in Brickfields Country Park over the years, mostly the juvenile form before they become adult, tending to rip branches from trees.  A small group was found late one evening having just finished a "performance" using paint to decorate rocks.  A passive group, they were rounded up and taken in by the local authorities for evaluation and released back into the wild a few hours later.  The breeding habits of H. sapiens stupidus has not been verified, although the differing ratio of males to females casts doubt on the species viability, however there is some thought that the species can interbreed with H. sapiens forming regressive hybrids that reappear in later generations which tends to account for some localised extinction patterns of the species.

On the rare occasion that H. sapiens stupidus has been encountered during the day in the wild, and if you can get close enough without spooking this usually timid mammal, it occasionally has been heard vocalising and researchers may occasionally elicit a limited communication with them about its lifestyle, other subjects can be touched on but are usually restricted to being "bored".  Suggesting alternative forms of pastime or even (horror of horrors) WORK, elicits a shoulder shrug gesture, which has been taken to mean "I don't know" or "I don't care", occasionally accompanied with a guttural "F... off", which we assume is a universal phrase used to convey; abuse / no / yes / goodbye - and possibly several other meanings as yet not determined by modern linguists.

Up until recently no photographs of H. sapiens stupidus existed in our archive, but recently and quite fortunately we came across a small group of this nocturnal animal the park during the day.  We managed to get a few grainy photos but they were easily spooked and soon disappeared into the undergrowth to hide.

Recent developments in modern technology have seen a growing emergence of videos of Homo sapiens ssp. stupidus from the more prevalent use of CCTV and wildlife cameras, which may lead to the re–classification of the species having a higher distribution within the general population of H. sapiens than was previously thought.  It has also been noted that H. sapiens stupidus has recently adapted to the use of mobile telephone technology, where occasionally they can be seen in their preferred habitat hunched over a phone rapidly pecking at the touch keyboard with their thumbs trying to communicate with others of their race.  Currently it is not known if they have mastered this skill to their advantage although it is thought they may have done so.

They do use the mobile telephone to verbally communicate, using an archaic sub–set of their own natural language which can be quite difficult for the casual observer to understand, this topic of the species behavioural aspect will need more research to fully understand their vocalisations.  It is known however that H. sapiens stupidus can communicate well enough to enable large groups to occasionally gather for their display, mating and vandalism rituals.  One interesting offshoot of their use of the mobile telephone is to use the inbuilt camera to record themselves performing their drinking, mating and display rituals, subsequently posting the results on social media websites.  How they attained this level of tool use is not known but it has resulted in the species becoming more generally known and understood.  Authorities have recently used a few of these videos to capture H. sapiens stupidus for evaluation.  The species as yet does not seem to have the intellectual ability to recognise the effect that posting these videos will have on their long term survival rates in the wild.