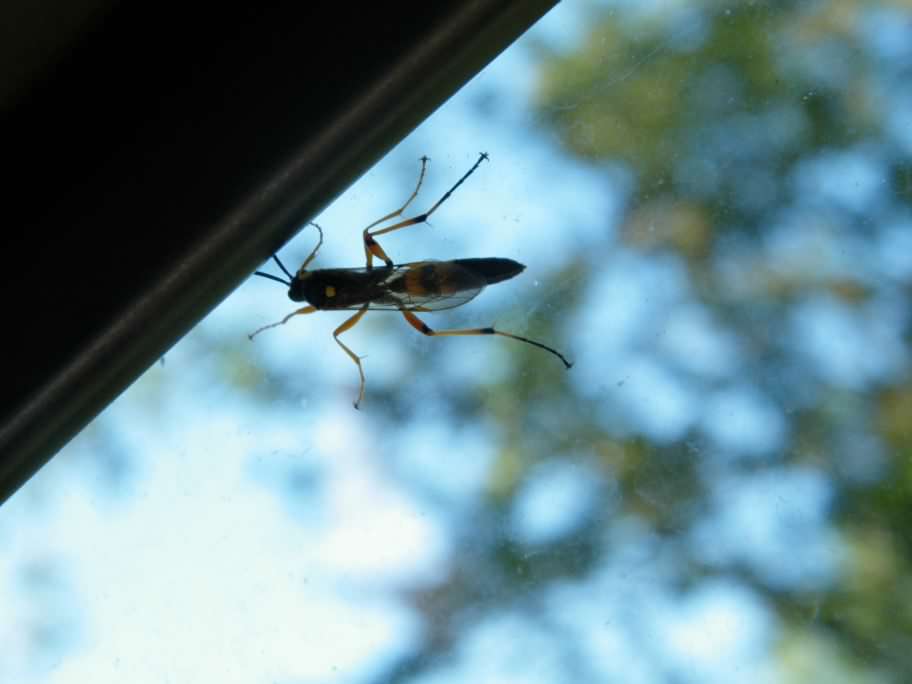 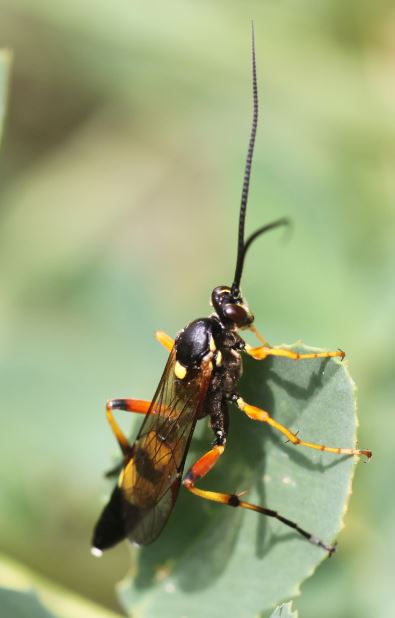 Diphyus quadripunctorius is a parasitic wasp with distinctive black and yellow markings on both the femora (thighs), and abdomen which has two yellow bands, the antennae are a uniform grey.  A sexually dimorphic species in that whilst the males are seen in this bright black and yellow colouration, the females retain the leg colouration but their abdomen is plain orangey brown with a hint of a single yellow band.  Their antennae, again grey, have a white band approximately half way along.

Found in woodland edges, grasslands and meadows during late spring and early summer their distribution and numbers are unknown in the UK.  Approximately 2–4cm (0.8–1.5in) long with a distinctive "waisted" outline seen in many parasitic wasps.