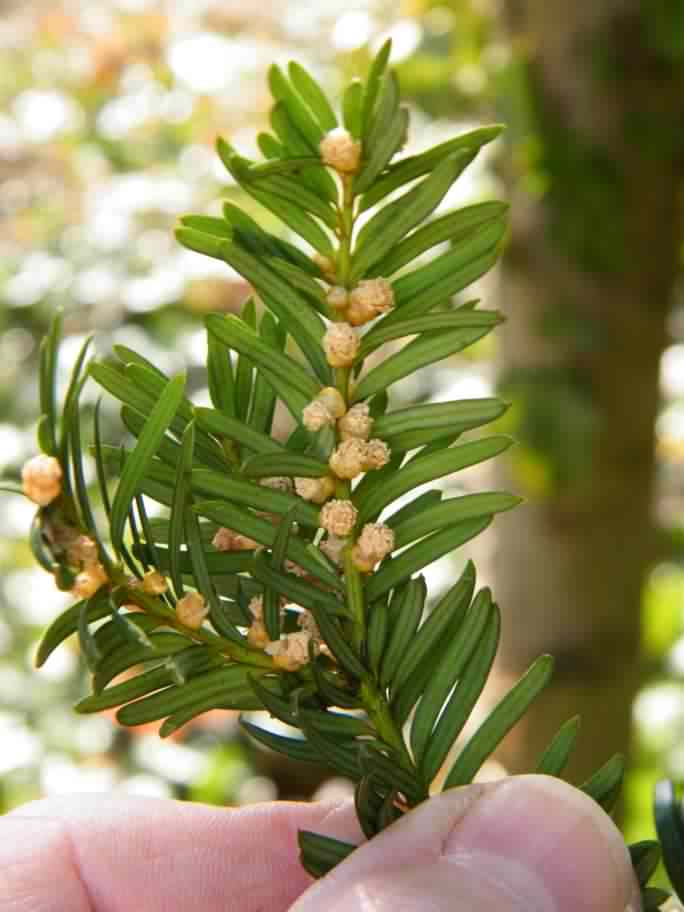 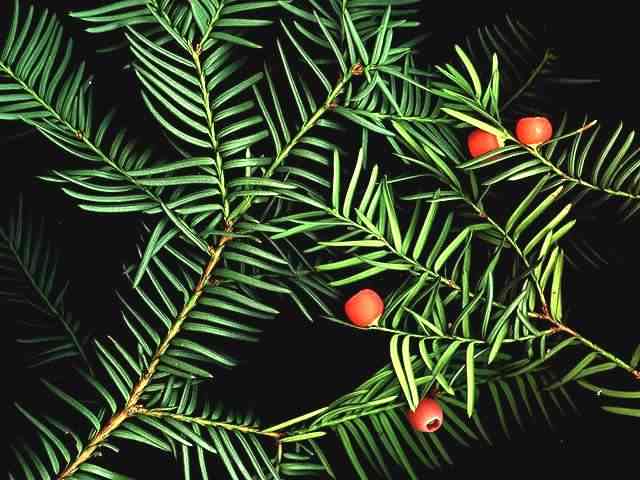 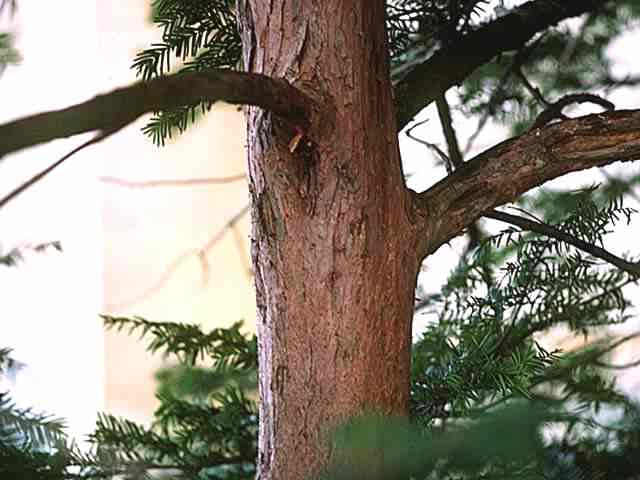 Familiar evergreen conifer growing to 25m (82ft) though usually 15m (50ft), with characteristic red fleshy berries (arils).  Very long lived - Maybe even 2000 years, grows on limestone and chalk soils, and has been planted in many cultivated varieties.  Often occurs in the dense shade of Oak woods.  Found throughout Britain and Ireland.  Native to most of Europe, Asia Minor and North Africa.  Associated with churchyards but used as hedging and topiary.  Dense dark green foliage of pointed and flattened needles.  All parts of the tree except red aril are poisonous to man and animals although deer browse young seedlings.  Birds eat the arils and spread the seed.

The wood, needles and seeds of the Yew contain a poisonous alkaloid toxin but the mature ripe fruit does not, however they should NOT be eaten.  Yew can be grown from seed but this is difficult as they require pre–treatment for successful germination, propagation from cuttings is easier.  The Yew has been planted in many cultivated varieties.  It has a slow annual growth shown in compact growth rings when felled, so even very old trees may not be to full height.  Irish Yew is a variety with a tall and narrow form.