Trees down in storms, Encroachment, Rubbish. 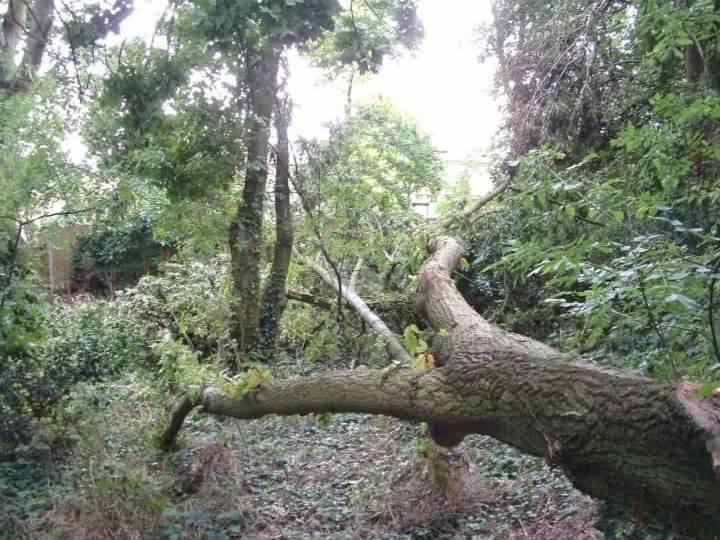 Storms .....
Recent storms overnight in this part of the south have brought down several trees in the park, one a large Turkey Oak was split right down the centre leaving half of the tree on the ground and the other half still standing.  Several smaller trees were damaged as the tree fell.  In the same area a large mature Hawthorn came down during the storm as a direct result of a local resident cutting the roots of the Hawthorne some months earlier whilst they built a new brick wall boundary to their property, 0.5m (2ft) further into the park than the original boundary!  The remaining part of the Hawthorn was sawn through (during the storm? by the resident?) to prevent it from damaging the new wall? see photos below.

Encroachment / Rubbish .....
This habit of residents surreptitiously "gaining" the odd bit of land has been going on at Brickfields for many years, recent building works carried out by a resident bordering the park left us with, in one case on the southern border, over 4cu meters of soil and rubble dumped just behind that particular residents fence (see composite picture at right).  This action saved the resident at least £100 in skip hire - Well Done! but who is going to clear up your mess - US volunteers - perhaps you might like to lend a hand clearing up or even contribute some of the saving to our group, as a belated apology! (some hope).