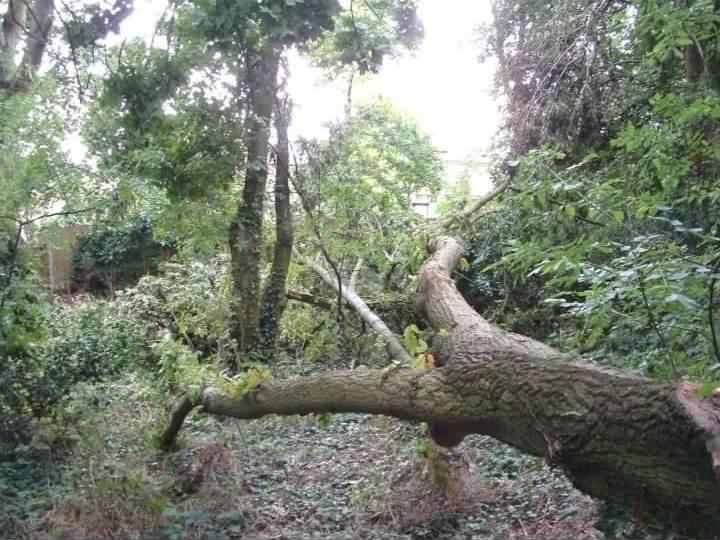 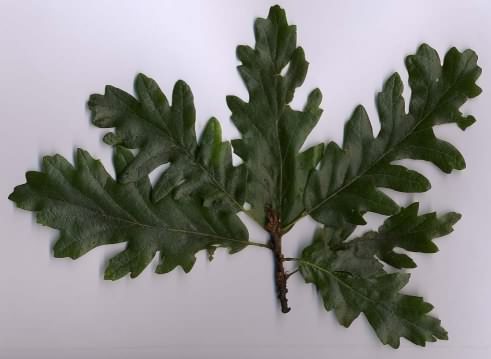 One of the smaller Oak species usually growing to 8–16m (25–50ft), native to Southern Europe and Asia, an introduced and naturalised species into other countries (UK, Europe, USA).  Spreads to 16m (50ft) where not restricted by other trees.  A reasonably fast growing tree it is however not a strong as other Oaks being prone to splitting at trunk nodes.  Mainly used in ornamental plantings and fencing, a variegated form is sometimes seen.  As in other Oak species Turkey Oak bark contains tannins used in the production of leather.  Named from its deeply lobed leaf shape that is said to resemble a Turkey.  Introduced to the UK in the early 1700s.  Apparently dedicated to the God Thor, it was believed the Turkey Oak could not be struck by lightning.  One of two species of oak found in Lebanon.  Good drought tolerance but thrives in poor & clay soils, grows readily from seed (acorns).

Rough grey deeply ridged bark characteristic of the Oak family, deeply lobed dark green leaves, up to 20cm long by 10cm wide (8 x 4in), pointing towards the tip, with hairs or stipule remaining around the leaf base from the formation of the leaf buds, are hairy underneath.  Straight growth habit sometimes forming multiple trunks which then split at the node some years later due to leaf and debris accumulation the joint weakening it.  Male flowers of long drooping catkins 5–10cm (2–4in), female flowers are small and inconspicuous, both found separately on the same tree in the spring.  Fruits to an acorn about 2.5cm (1in) long, enclosed in a cup ripening around October.  In ideal conditions the Turkey Oak may grow to 30m (100ft).  Turkey Oak wood is used in cabinet making and turned objects but is not as strong as other Oaks and it does not weather very well.

Recently several forms of Oak have been shown to be susceptible to Sudden Oak Death, a disease caused by a fungus–like pathogen Phytophthora ramorum.  Widespread in the U.S., with recent reports of the disease in the UK, it has also been found on several other species, including Douglas fir and Rhododendron although it is not clear if Turkey Oak would also be susceptible.  Some species are prone to lethal trunk infections, whilst other plants are infected with supposedly more benign foliar and twig infections, with these foliar infections playing a key role in spread of P. ramorum by acting as an infected reservoir.  Rhododendron spp. has been determined as a major source of P. ramorum.  Mortality is most common where Oaks and these foliar hosts are found growing together.

FBCP do not advise or recommend that any part of Turkey Oak Quercus cerrise is eaten or used as an herbal remedy.   The seeds (acorns) can be dried, ground and used as a thickening agent or with other cereals for bread also roasted as a coffee substitute, the tannins giving a bitter taste.  Insect damage to the stems results in a sweet sticky fluid exuding which then solidifies.  This is edible and is sold as a manna in local markets in the Middle Ease especially Iran.  Boiled into a syrup it is used for sweetening food.