Drugs bust .....
We arrived in the park yesterday for our normal Sunday afternoon's work only to be told by two youngsters that the Police were already in the park arresting somebody for a drugs offence.  So we went straight on up into the main park area to find a Community Support Officer with three of our local wildlife, sorry, youngsters in detention awaiting a uniformed officer to process them.  They had been caught in amongst the undergrowth over by the back of the pond smoking some form of drugs (we were told probably "puff").  It transpires that the Community Support Officers do not have the powers to deal with offenders directly but have to wait for the Police to arrive and for this there is a 30 minute time limit.  Needless to say the officer did not arrive in time and the youngsters knowing full well what the time limit was, left with their stash.  A "bong" having been removed from them or found in the area was taken away by the Community Support Officer.

These three are apparently well known to the Aldershot Police, both by name and reputation and were caught red handed, but the law is the law ("the law is an ass") and they got away with it.  There would appear to be some rivalry between various groups of youngsters locally as it would appear that a second group also hanging around in the area at the same time as the "bust" were thought to be the originators of the call to the Police that "dobbed" the youths in.

Flight arrivals .....
"The flight now arriving ..." is a Canada Goose!  Every year a pair of Canada Geese arrive early in the year in preparation for breeding and occasionally they make it, sometimes not.  Past years have seen as many as seven goslings raised, but very often they have problems, usually from a minority group in the local youth.  We have had Geese and Ducks shot (and killed), stoned and generally harassed, so the Geese up and leave if the find the situation too intolerable, but the Ducks just seem to get on with it.  Lets hope our recent solitary arrival is not all for this year, but that a partner turns up soon.  We'll see.  Subsequently it appears this Goose is one of last years brood as it has only one eye, having been one of last years youngsters who was shot by vandals and lost the sight in one eye. 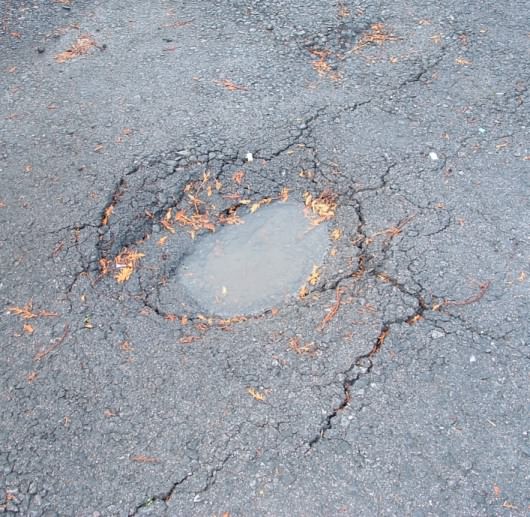 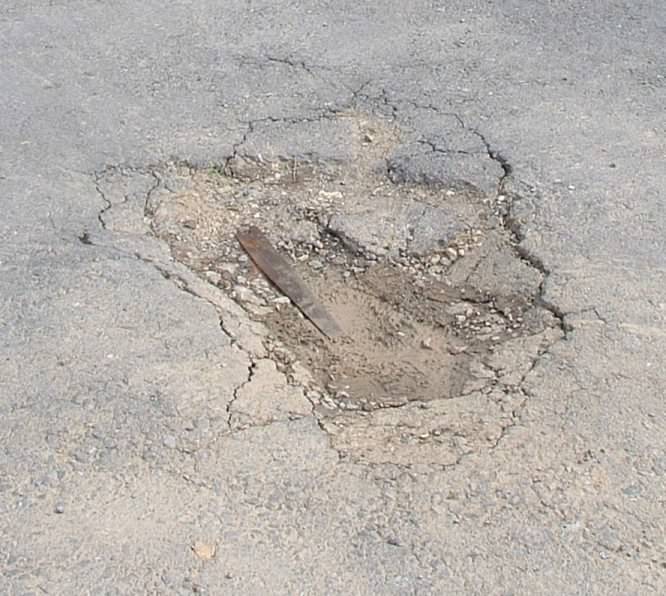 The potholes in the carpark are continuing to degrade very quickly due to their position in a higher traffic area of the car park and the wet winter weather.  A contribution towards the cost of repairs from the lorry owner who originally caused the problem would be nice - but I wouldn't hold your breath.