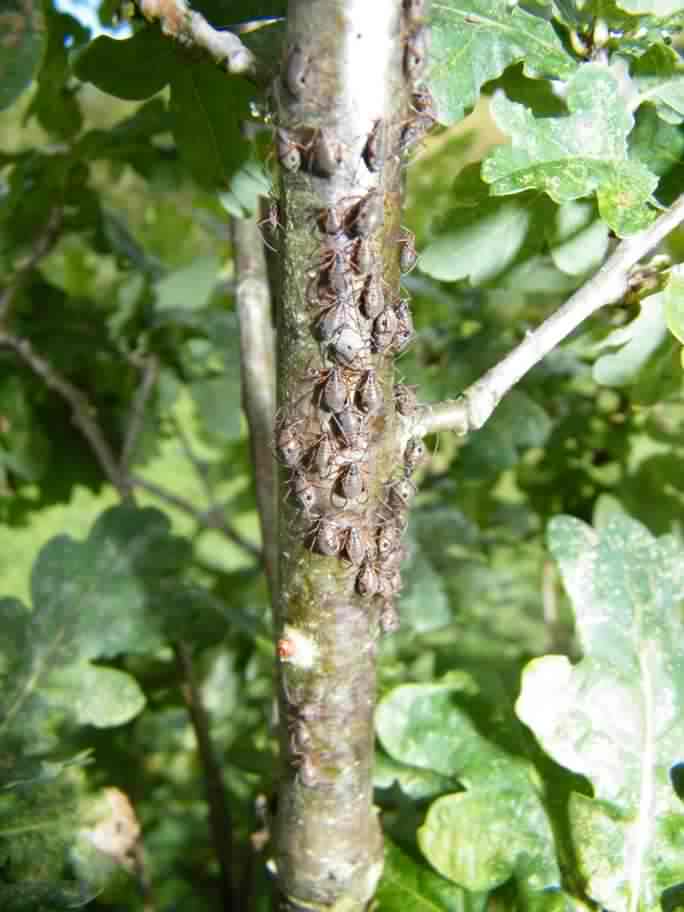 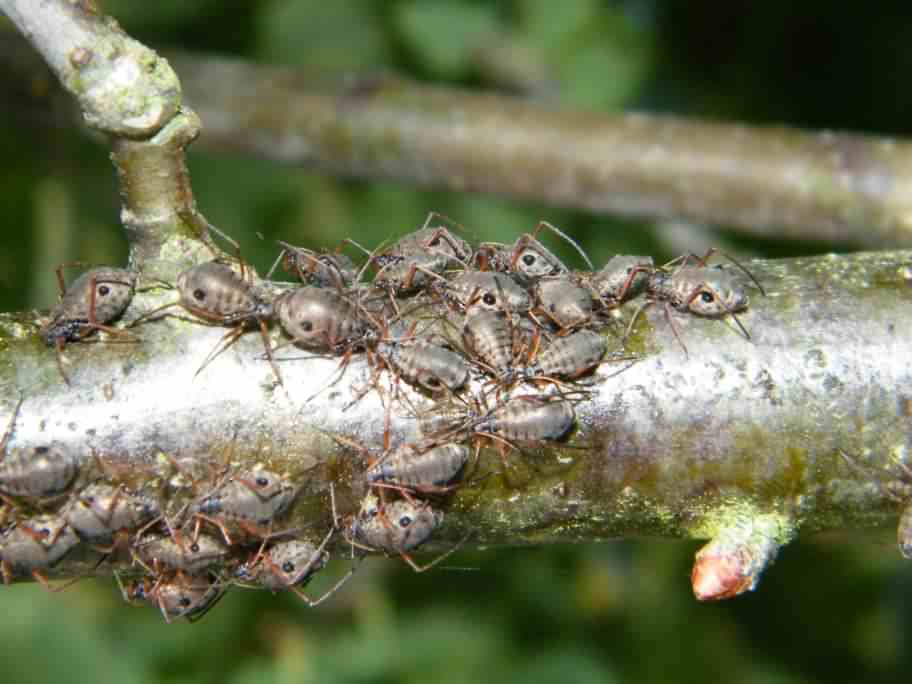 On one of our Oak saplings.

Two species of very similar looking Lachnus spp. aphids are usually found on twigs and branches of Oaks, and occasionally on Sweet Chestnut – Castanea sativa.  L. roboris is the commoner of the two species distinguished by hairy, conical siphunculi.  The other species is L. longirostris.

Found in the UK, Europe, Mediterranean regions and parts of the Middle East, the Variegated Oak Aphid is nearly always "farmed" by ants, usually by Wood Ants – Formica rufa, who consume large amounts of "honeydew" produced by the aphids and in return will actively defend the aphids against predators.  The wingless "apterae" form of the Variegated Oak Aphid (see our photos) are around 2.5–6.0mm (0.1–0.23in) long, pear shaped with six reddish legs and short Antennae.

Winged sexual forms "alates" are produced during September and October and after copulation the fertilized females then lays several hundred reddish brown eggs in dense aggregations which darken over time and over winter.  The eggs can be predated, particularly by the Two Spot Ladybird.  Alates have a pigmented forewing with four clear patches which lends to the "variegated" naming of this species.