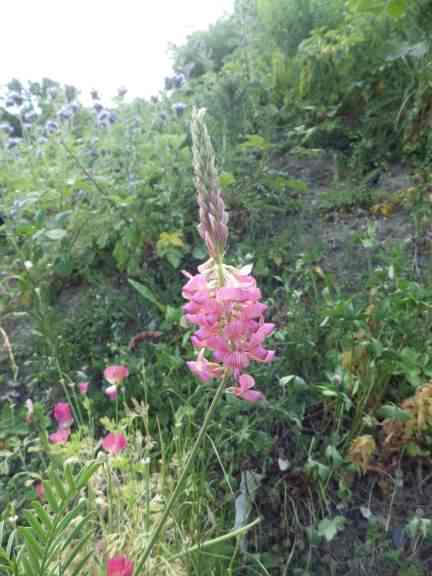 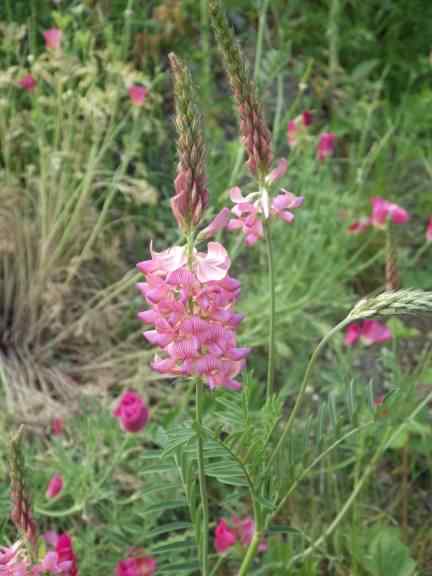 Native to the Mediterranean area, Common Sainfoin is an erect, deciduous perennial growing to 1m (39in) with pinnate leaves divided into linear or narrowly lance–shaped, dark grey–green leaflets and racemes of pretty pink flowers with darker pink stripes. Flowering from June to August, they resemble flowers from others of the Pea family.  It is Hermaphroditic (has both male and female organs) and is pollinated by Bees, it is not self–fertile.  It is used in wildlife planting schemes as it is very attractive for several nectar feeding insects and bee species, and as a Nitrogen fixing agent and conditioner for soil remediation and stabilisation schemes as it has an extensive root system.  Prefers moist areas of loamy and sand soils, and is not shade tolerant preferring full sun.

Common Sainfoin has been used as an important forage crop until the mid 1900's when it was replaced by other high yielding species like Alfalfa and Clovers.  In recent years it has been used as a natural alternative to drugs for the control of nematode parasites in small ruminants from the high levels of tannins within the plant which can be five times higher than Clover or Alfalfa.

FBCP do not advise or recommend that Common Sainfoin – Onobrychis viciifolia is eaten or used as an herbal remedy.   In some texts Common Sainfoin is listed as edible but which arts of the plant are not stated.