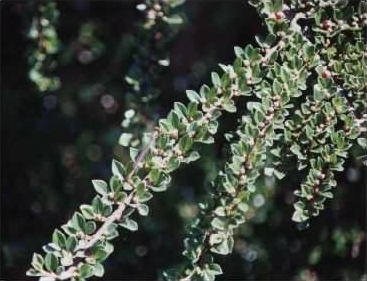 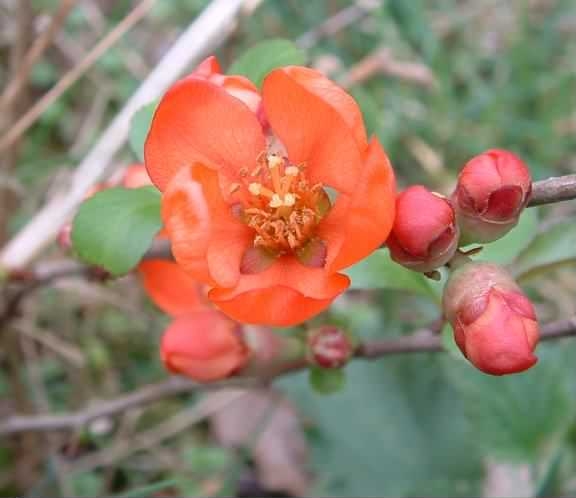 A member of the Rose family, the Cotoneaster is a shrub usually used in landscaping schemes for hedging, screens or ground cover, it has small dark green alternate leaves with pink to white flowers maturing to small clusters of orange or red berries.  Cotoneaster is superficially similar to Pyracantha however Pyracantha is a prickly, spiny plant useful for hedging whereas Cotoneaster is not spiny.

A native of China it is now found in most countries, regarded in some as an invasive weed to be eradicated, especially North America and Australia.  Grows to 2m (6ft) tall with simple elliptic leaves 1–2.5cm (0.5–1in) long, and a Globular red fruit about 6mm (0.3in) long.  Fruiting during the autumn–winter (rather than summer–autumn like most shrubs), it attracts birds when their food source is scarce who eat the berries and spread the seed in their droppings.  Mature plants can reach 4.5m (15ft) tall and 6m (20ft) wide.