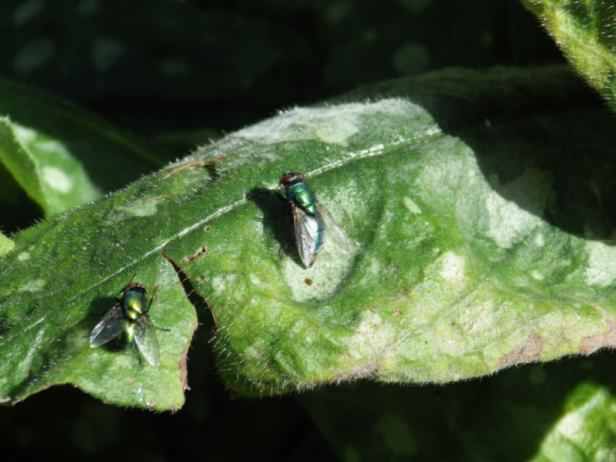 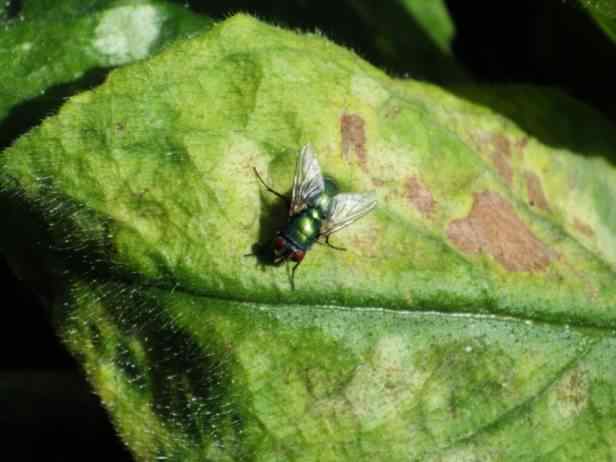 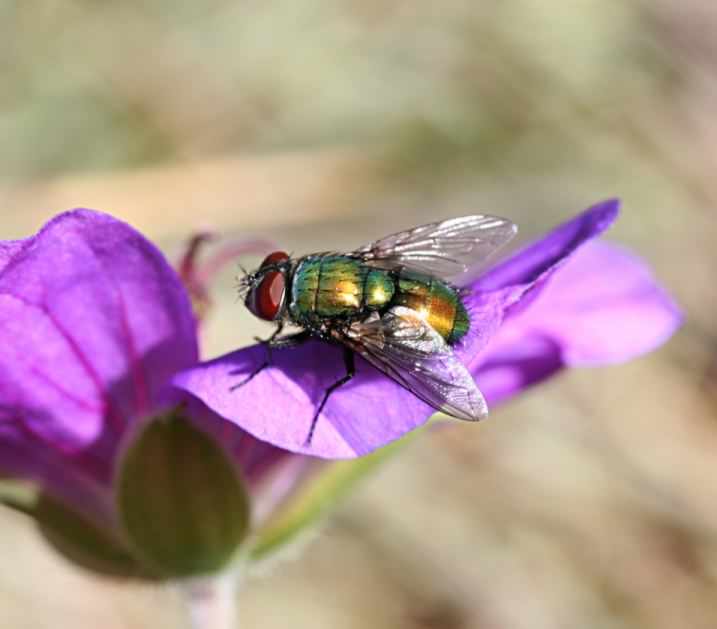 This little light green iridescent green bottle fly is a very widespread common species that will be found in most temperate and tropical areas of the world, including the UK, Europe, Africa, Australia, the United States and southern Canada.  Slightly larger than a house fly, it is 10–14 millimetres (0.39–0.55in) long with a bright metallic blue–green or golden body with black markings.

It has several rows of short setae.   The wings are see–through with dark veining, the legs and antennae are black and the compound eyes are a reddish–brown.  This fly species has gained some notoriety from its larvae use in forensic entomology and some medical procedures.  Extensive research on the species has resulted in the antibiotic product "Seraticin" for use against MRSA and VRSA

After mating the female lays her eggs in carrion of mammals, dung or decaying material.  It can be the cause of myiasis in livestock and pets, E.g. where the eggs are laid in the wool of a sheep leading to a condition called "fly strike" where the larvae burrow through the wool to feed directly on the skin of the affected animal.  This has become a serious problem for sheep farmers through the loss of badly affected animals and subsequent costs of treatment.

The species has been the subject of detailed research into the life cycle of the larvae and has led to it's use in forensics when trying to determine the state of a corpse.  In medicine it has been used to remove necrotic tissue from wounds.  They are capable of 3–4 generations per year and in normal development the larvae have three instars, the last stage finding a soil substrate where they pupate, over wintering underground if needed.  The flies are pollinators of several flower species including Oxeye Daisy and will often be seen on near fruit, meat, rubbish dumps.