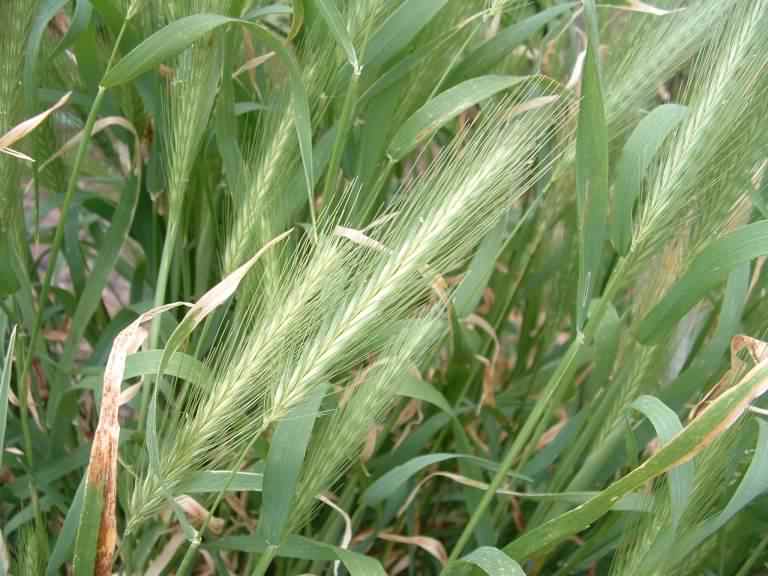 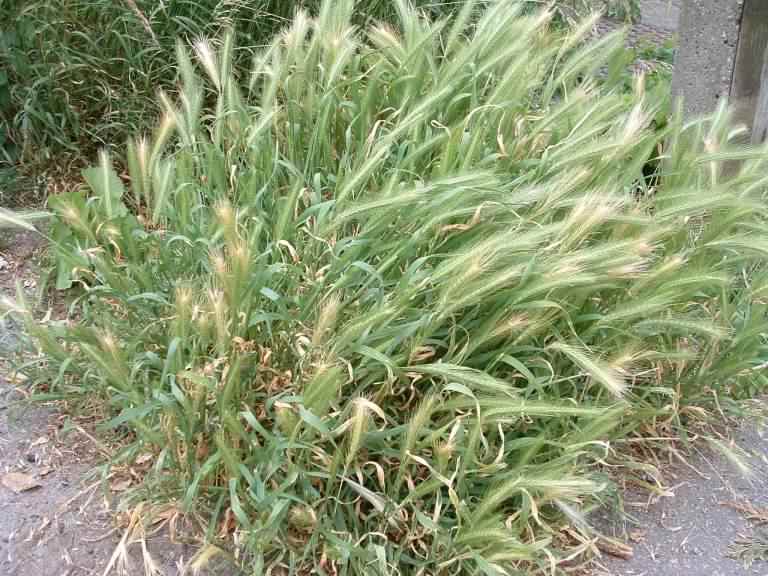 Growing during May - July to 30cm (1ft) height commonly found on the margins of cultivated fields, waste grounds and bare patches in dry grasslands, pavements and walls in urban environments.  Common in the south of the UK but rare or non–existent in most of Ireland and Scotland.  Wall Barley does not compete well in a grassland environment against perennial ryegrass and clovers.  Its feathery flower spikes are a common sight along many urban pavements growing between the cracks in walls and stones.

Although the flowers may look soft, they are as clingy as Burdock burrs, and the sharply pointed seeds, awns, can penetrate the eyes of animals and dogs and can also become embedded between their toes.  Once it has set seed, even Goats will not eat the seed heads.  Distribution is related both to the availability of ruderal habitats and to climate where increasing rainfall combined with decreasing temperatures reduces it occurrences, however localised warmer conditions can result in isolated patches, E.g. the base of walls where conditions are locally warmer and drier.