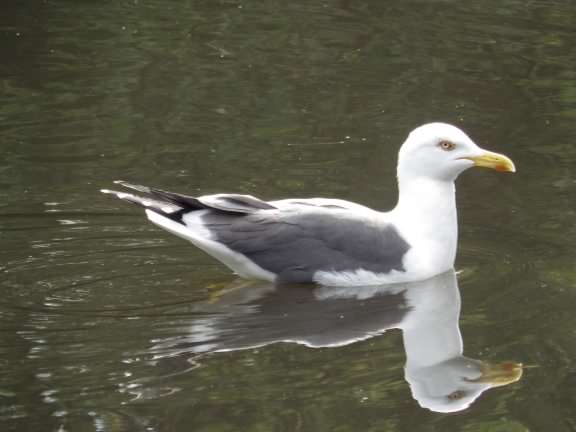 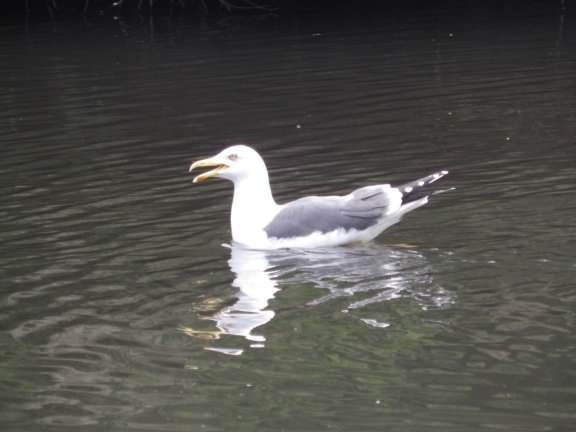 The European Herring Gull one of some six Herring Gull sub–species that will be found on shorelines of northern hemisphere countries.  It is a common gull especially in UK, Iceland and, Europe.  A large and noisy bird they are the archetypical "sea–side" sound track, now also commonly seen inland on large reservoirs, lakes, ponds and scavenging rubbish tips as they have a wide and varied diet including carrion, seeds, fruits, small mammals, insects and fish, they are omnivores and opportunists and will predate the eggs and young of other birds.  Winter will find them on ploughed fields searching for earthworms  A large gull, males are typically is 60–68cm (24–27in) long with a wingspan of 1.2–1.5m (2–5ft), whilst the female is 54–62cm (24–24in) long.

Both males and females are an overall white with a grey back, white head and underparts, grey upper wings with black wing tips splotched with white spots that are known as "mirrors".  The hocked bill is yellow with a red spot and a ring of bare yellow skin around a pale eye, legs are usually pink, but can be yellow in some populations.  Juveniles are mainly brown with dark streaks a dark bill and eyes, taking some four years to develop adult plumage and sexual maturity, they can live to around 45 years old.  Declining significantly in the UK they added to the UK red list of birds of conservation concern in 2009.[Text]