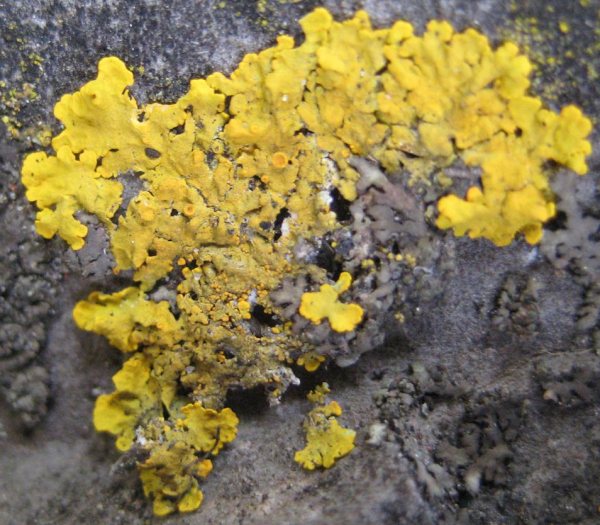 Many thanks to Fay Newbury at Reading University for the identification of this Lichen species – Xanthoria calcicola.

A bright yellow foliose lichen that grows very close to the surface of rocks, on calcium–rich stonework, brickwork and mortar.  It resembles the common Xanthoria parietina but it is larger and has wider lobes and the thallus surface densely covered with reproductive structures (Isidium).  Composed of broad lobes which become crowded and "scrunched–up" near the centre.  Often without disc–shaped fruits.  There are a few specimens on the limestone rocks at the centre of the park.