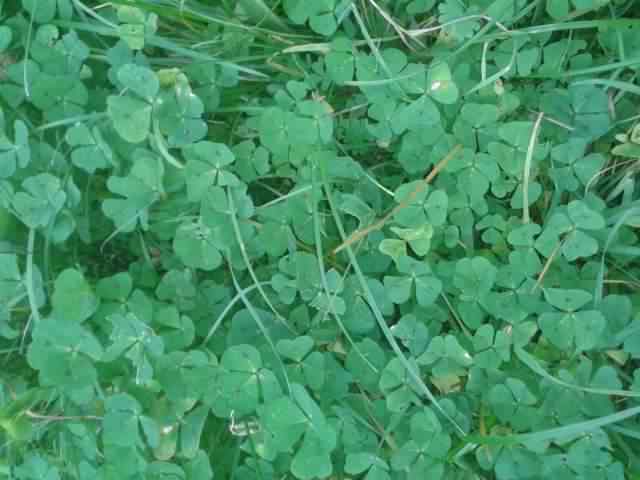 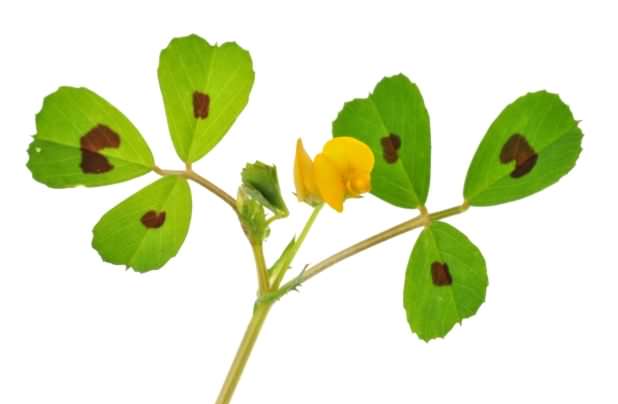 Superficially similar to Clover, the leaves of Spotted Medic are broader and more heart shaped, short–toothed stipules near the apex, with dark red almost brown spots to the leaf centre whereas Clover leaves are narrower and more pointed with a white banding which is more prominent in Red Clover Trifolium trifolium pratense.  Widespread to the southern UK and France it is native to the Mediterranean area of Europe and regionally assessed in Europe as Least Concern.

It can be found elsewhere in the world as an introduced naturalised alien.  Found in roadsides, grasslands, wasteland, meadows, grassy areas, woodland edges, short turf it is a winter annualwith a mat forming growth, yellow flowers from May through September which are yellow, 5–7mm (0.2–0.3in) long solitary or in small clusters of 2–4 which mature to a hairless globular coiled seed pods with double row of hooked spines.  Like other Fabaceae it forms a symbiotic relationship with the bacterium Sinorhizobium medicae, which helps in nitrogen fixation.  It has been used as a forage plant for animals.  The leaves and roots of Spotted Medic are reported to contain biologically active saponins.