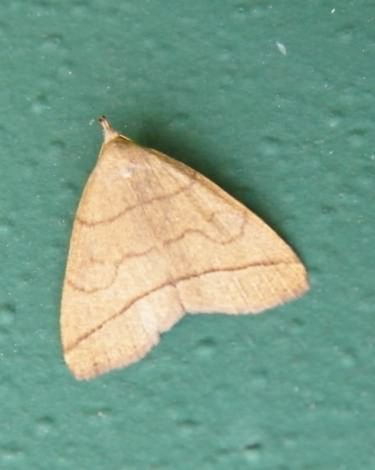 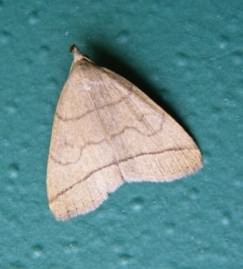 The Fan–foot moth flies from May to October depending on the location, with a single brood, occasionally a partial second brood is possible in late August to September.  Larvae feed on the withered leaves of a variety of trees and shrubs including Beech, Common Oak and Rubus species, they over winter in this stage.  Common in broad leaved woodland, scrub, heathland, hedgerows and gardens throughout the UK, becoming less so further north.  Very common in Hampshire and on the Isle of Wight, it can also be seen in Europe.  It has a wingspan of 31–35mm (1.2–1.4in).  It inhabits well wooded areas, parks and gardens and its flight period is during June and July.

Sometimes confused with the Common Fan–foot – Pechipogo strigilata, a rare and declining species despite the name, which is paler and less deeply coloured, with fainter, less well–defined cross–lines.