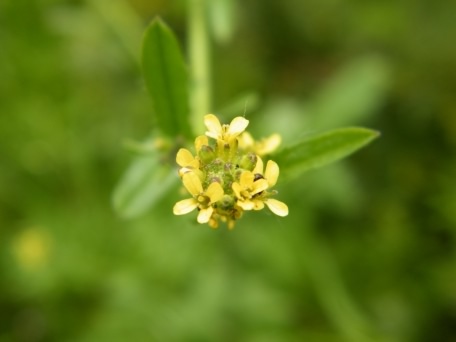 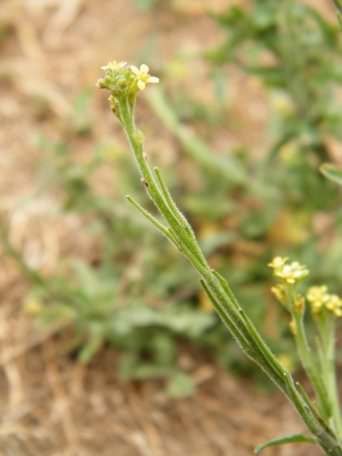 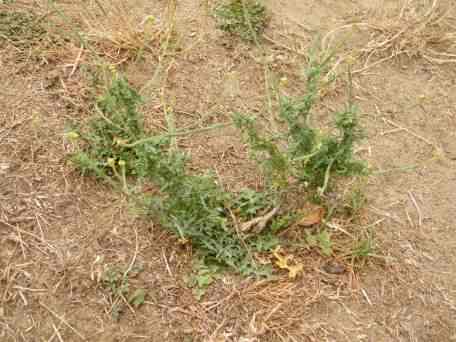 A common annual or biennial plant with spreading branches attaining a height of around 30–60cm (1–2ft), native to the UK, Europe and north Africa, although now found almost worldwide on roadsides, rubbish tips, wasteland, foreshores, disturbed areas and as a weed in arable crops.  Usually seen in flower from May to September, it has very small pale yellow terminal funnel shaped flowers of four petals on slender stems, hairy in the upper parts, from a basal rosette of alternate, stalked leaves that are deeply pinnately lobed, with a large terminal lobe.

The flowers are radially symmetrical (actinomorphic), around 0.5cm (0.2in.) across with four tiny petals 2–4mm (0.08–0.16in.) long, four sepals and usually six stamens of which four are longer than the remaining two.  It is similar to other Sisymbrium species but different in that it has tall, erect stems and the tiny flowers and long hairy seedpods (Silique) are compacted and parallel (appressed) to the stem instead of hanging free.  Each seedpod contains two compartments (valves) with a row of seeds in each.

Chemicals produced by the plant are used as a cue for egg–laying by butterflies such as the Small White butterfly which thrive on this plant.

FBCP do not advise or recommend that Hedge Mustard – Sisymbrium officinale is eaten or used as an herbal remedy.   Widely grown in northern Europe as a condiment, the seeds in mustard pastes and the plant's leaves as a salad or cooked vegetable.  Folk medicine has it as a decoction for the treatment of sore throats giving rise to the "Singers plant" common name, whilst the Greeks thought it was an antidote for all poisons.