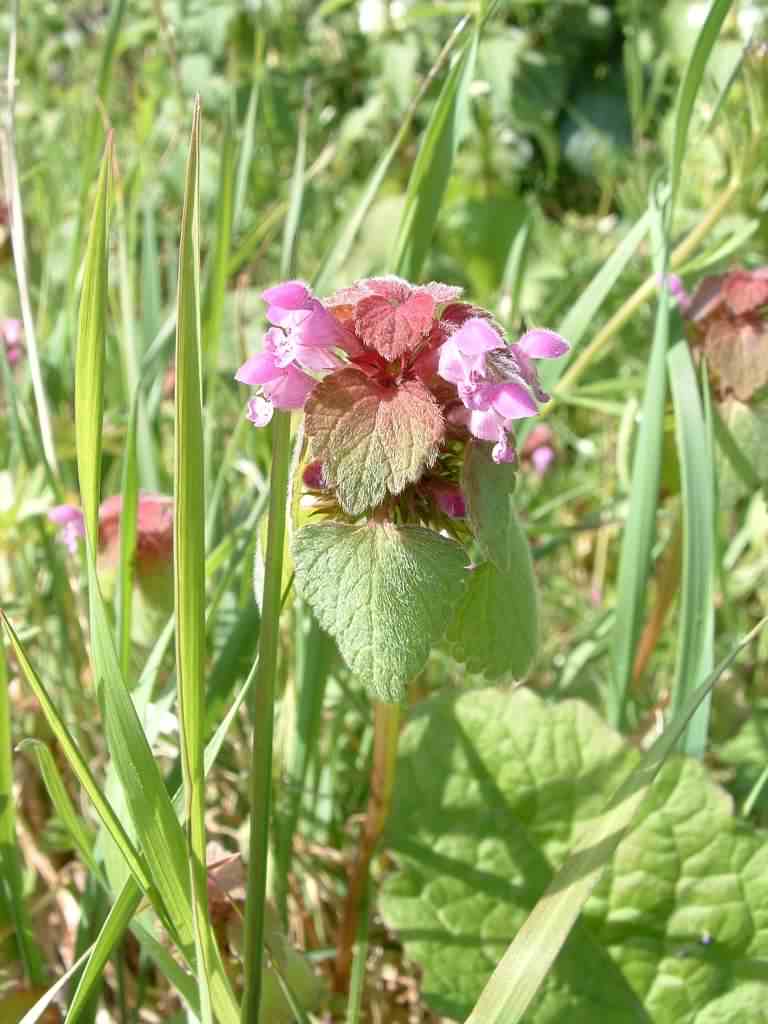 Growing to a height between about 5–30cm (2–12in), this annual of cultivated ground and wastelands is widespread and common throughout the country and is native to Europe and Asia, it is listed as an invasive species in some parts of North America.  Green leaves shading to purple are heart–shaped 2–4cm (0.8–1.6in) long as well as wide, finely hairy, with toothed edges on a 1–2cm (0.4–0.8in) petiole.

The square stems are branched from the base of the plant which has a fibrous root system, it is a member of the Mint family Lamiaceae.  The zygomorphic flowers are bright red–purple, 10–17mm (0.4–0.7in) long with a top hood–like petal, two lower lip petal lobes and minute lobes between, are borne in whorls on upright stems from March–October but they may be produced throughout the year even during mild weather in winter.  The flowers are favoured by bees and insects.

FBCP do not advise or recommend that Red Dead–nettle – Lamium purpureum is eaten or used as an herbal remedy.   Young plants have edible tops and leaves, good in salads or in stir fry as a spring vegetable.