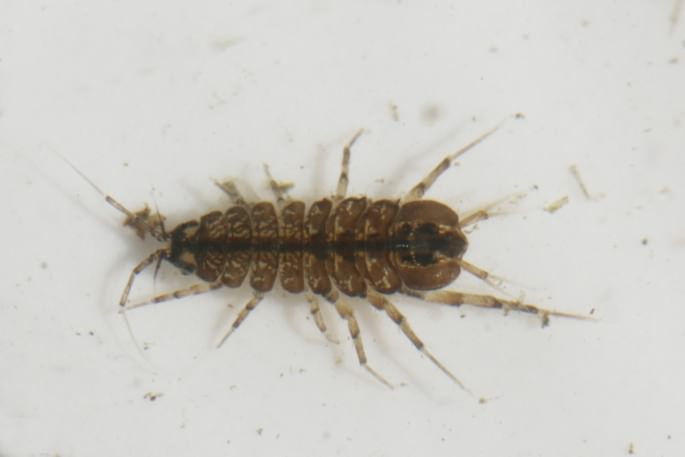 The Water Louse as its name might suggest is an aquatic crustacean upto 15mm (0.6in) long, related to Wood lice.  Found in slow flowing water, ponds and standing water throughout northern temperate zones including Europe, UK and North America, it is reasonably tolerant of pollution and low oxygen levels.  Common and widespread in the UK, a species that in the past it has been used as a water quality indicator.  It is a detritivore munching up the waterborne rubbish, algae, pond weeds and dead plant material, preferring areas where there are plenty of stones under which it can hide.

It has a hard exoskeleton for protection, seven pairs of legs and antennae for finding food.  Capable of breeding throughout the year when the water temperature is high enough, females carry eggs in brood pouches beneath their body.  They can take up to two years to reach adulthood, again depending on the water temperature, with colder climes requiring a longer period.  They are not good swimmers but like their land counterparts tend to crawl around in the weed and mud, but underwater.  They are predated upon by Damselfly larvae, other larger water beetles and large insect larvae.