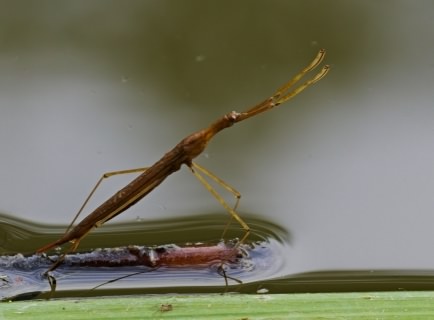 Photo ©2017 Andreas Eichler
Click any photo for a larger image 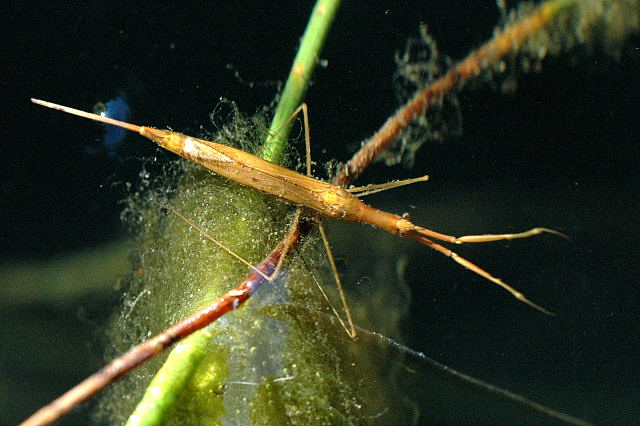 The Water Stick insect is another large underwater aquatic predator species similar in looks to a Mantis, native to central and southern Britain, Europe and North Africa found on or close to plants in many freshwater habitats including ponds, lakes and marshes.  Very long and stick like the body 3–5cm (1.2–2in) long with a breathing tube of a similar length that acts like a snorkel.

They are good swimmers predating small aquatic invertebrates and creatures such as tadpoles and small fish.  Dark brown in colour they hide in the vegetation using camouflage to evade detection, but when found will form a long stick like posture, to all intents and purposed looking like a dead twig or reed.  Seen throughout the year it is a close relative of the Water Scorpion.  They often leave the aquatic environment to hunt in close by vegetation, or fly to a new pond.