In the Gazetteer of brickworks[1] there is listed (p11) a site in Grosvenor Road – "Brickworks, near Halimot Road and off Bank Street" (Bank Street is now Grosvenor Road, Halimot is Halimote[2]).  Shown on an 1873 map as an extensive Brick and Tile Works with kiln and engine house.  In an 1871 directory James Clark and Fred Eggar were listed as brick makers of Bank Street. 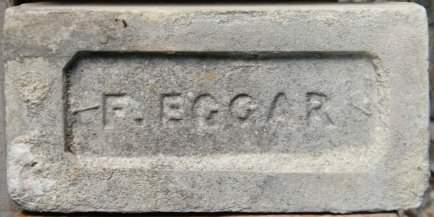 By 1878 Fred Eggar was still listed but the site is now Grosvenor Road and Harry Stonard[3] was also shown as the owner.  Later in 1880 Broadbent & Elsley were given as brick makers of Grosvenor Road.  In 1912 following closure the brickworks site was occupied by the Aldershot & District Traction Company. (©1980 A. Wright, with permission)

Subsequent researches at the Hampshire Records Office have turned up a map of the "Aldershot Brick and Tile Works" from June 1882 (Ref 23M74/BP396), with the owner listed as a James Clark[4].  We have seen the map, which are actually site plans for a row of houses in what is now Cavendish Mews off Grosvenor Road [Bank Street].  These houses border a site (on the map) marked "The Aldershot Brick and Tile Works", elsewhere known as "Clark's Ground"[5], confirmed by the name of the listed owner (paragraph above). 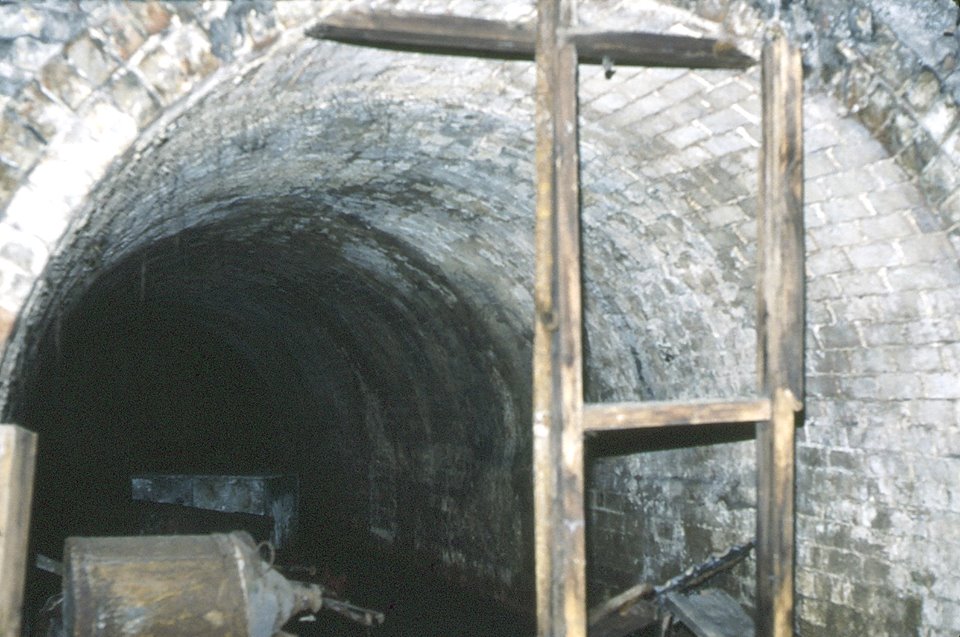 Now this could leave us with a slight problem – two Aldershot Brick and Tile Works in Aldershot at the same time! and whilst this could be a possibility as members of the Kemp family were at some time involved with both sites, it has for the moment not been resolved.  For the time being the online description for this map at the Hampshire Records Office has been amended to include a reference to Grosvenor Road as the map clearly detailed.

The Brick and Tile works site that this map refers to eventually became, on the eastern side of Grosvenor Road the garage / workshop sites for the Aldershot Traction Company, and latterly on the western side, a car repair workshop for the "Vicks Group" a well known local car dealership.  Various reports over the years suggested a tunnel[6] under Grosvenor Road between the two sites, which has recently been confirmed with the photo (right) of the tunnel taken in 1995 by Leslie Smith.  Both sites have now become housing estates in the intervening years.

From the Bygone Aldershot website[7] – "Formed around 1906 as the "Aldershot and Farnborough Motor Omnibus Co.", by 1908 a site was purchased in Halimote Road and a garage was constructed to hold four vehicles.  This site remained the company headquarters and offices for many years but by 1912 the company required more funding to expand and they were reformed into the "Aldershot & District Traction Company" on 24th July 1912 after being purchased by British Automobile Traction Co. Ltd. and the New Central Omnibus Co. Ltd.