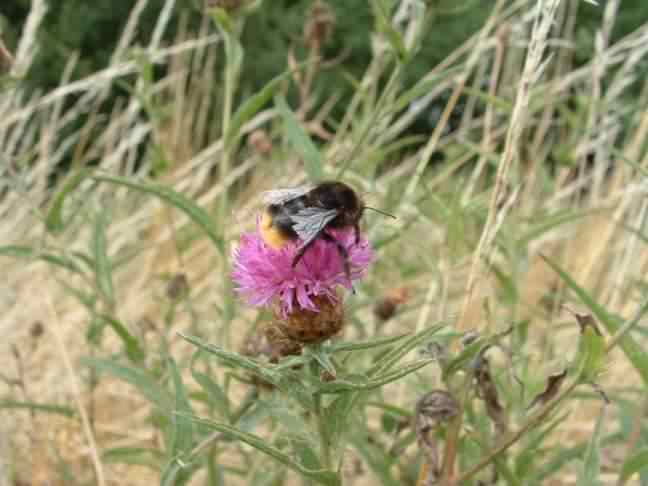 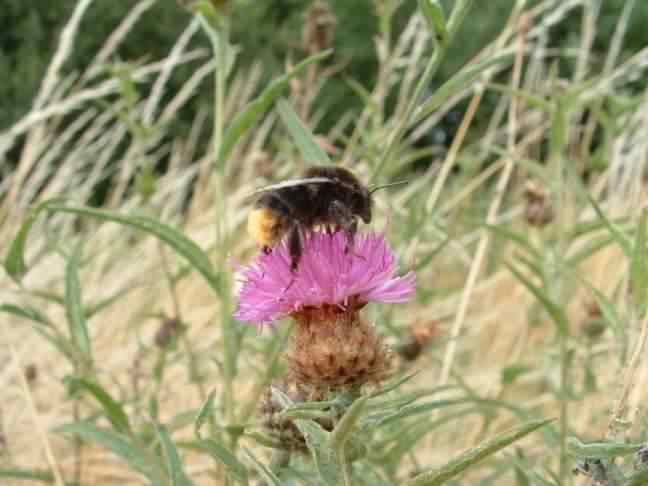 The Red–tailed Bumblebee is a very common European bumblebee although regarded as "near threatened" in some places.  Emerging early in the spring, which can be as early as February, it can seen right through to September.  They can be confused with similar but rarer bumblebees E.g. the Red Shanked Carder Bee, also seen in Brickfields Park.  Queens are 20–22mm (0.8in) long, workers 11–16mm (0.4–0.6in) and males 14–16mm (0.6in).  They can be found in gardens, farmland, woodland edges, churchyards, hedgerows and heathland.  As with other social insects, the queen emerges from hibernation in the spring and starts a new colony by laying a few eggs that hatch out as workers, who, on reaching maturity then tend the young and nest.  Males emerge later and mate with new females who are prospective queens.  Both the males and the old queen die in the autumn, but the new queen hibernates tending to choose woodland habitats to over–winter in.

Queens and workers have a distinctive black body with, as their name suggests an orange–red tail.  Males have distinct yellow facial hairs and a yellow band on the thorax with a black abdomen and a bright orange–red tail.  The hairs on the pollen baskets of the female are all black, but these may be red in males.  An average colony consists of around 100 to 200 worker bees, they prefer to nest underground with the base of a dry stone wall a common location, but piles of stones and paving slabs are also popular.  Old mice and shrew holes are commonly used.  They prefer flowers, such as Daisies, Dandelions, Clovers and Dead–nettles where they find it easier to reach the nectar.