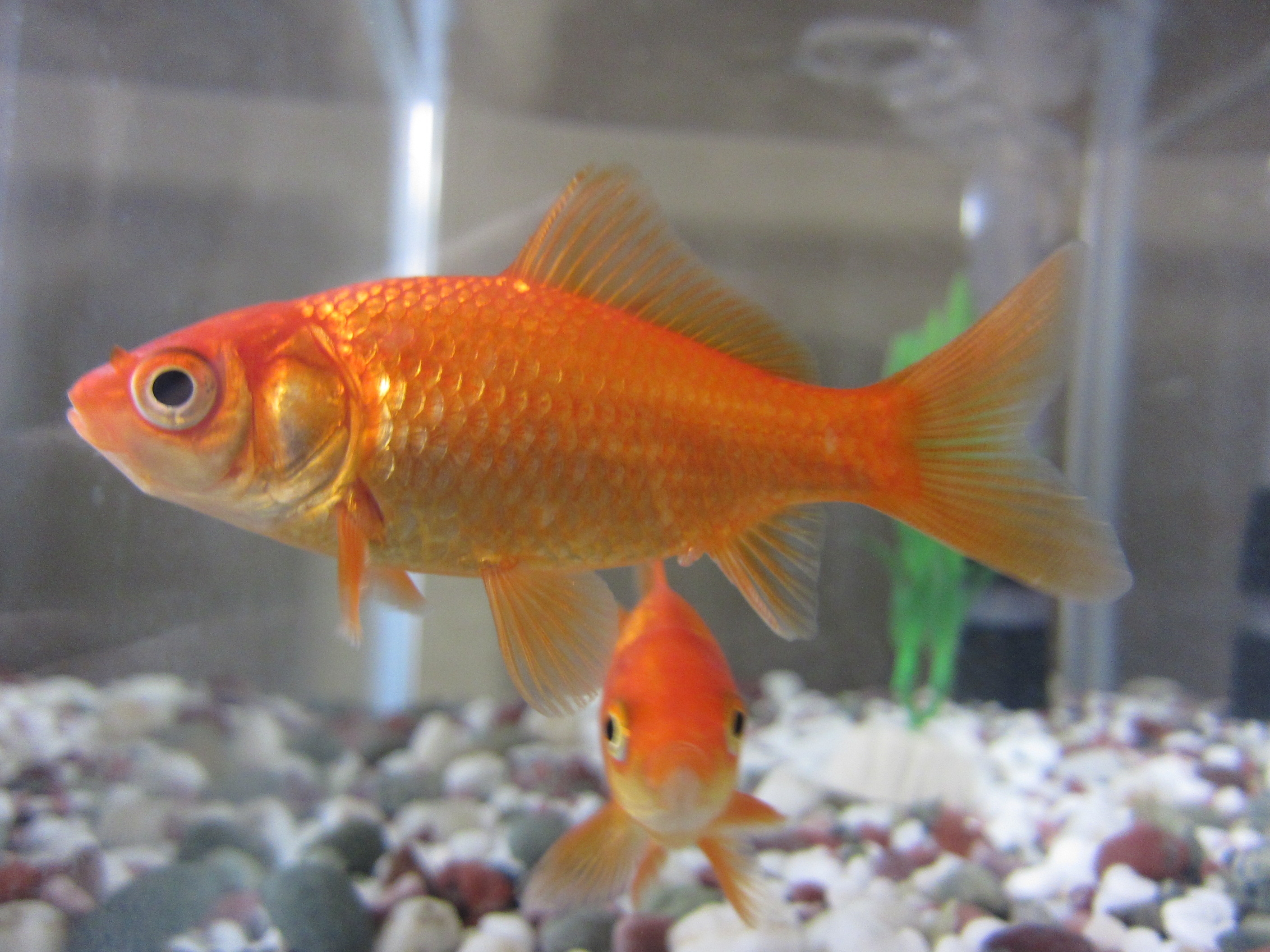 The Goldfish is a common and popular freshwater fish kept as a pet in indoor aquariums, however Goldfish released into the wild have become an invasive pest in parts of North America.  We do occasionally find them in the Brickfields Park pond, presumably as public "donations", but they don't seem to last long as their bright colouring makes them easily seen by predators, E.G. passing Herons.  Originally native to East Asia, it is a relatively small fish belonging to the carp family, which also includes the Crusian and Common Carp.

They have been selectively bred for many years and many distinct forms now exist varying greatly in size, body shape, fin configuration, and coloration with white, yellow, orange, red, brown, and black variants available.  Goldfish can hybridise with other Carassius species of carp, Koi and Common Carp may also interbreed with goldfish to produce sterile hybrids.  In an indoor aquarium habitat goldfish generally are 2.5–5.5cm (1–2.2in) long but this can vary with the sub–species, they may grow slightly larger if moved to a larger tank and if in small pond they might attain 30cm (12in).