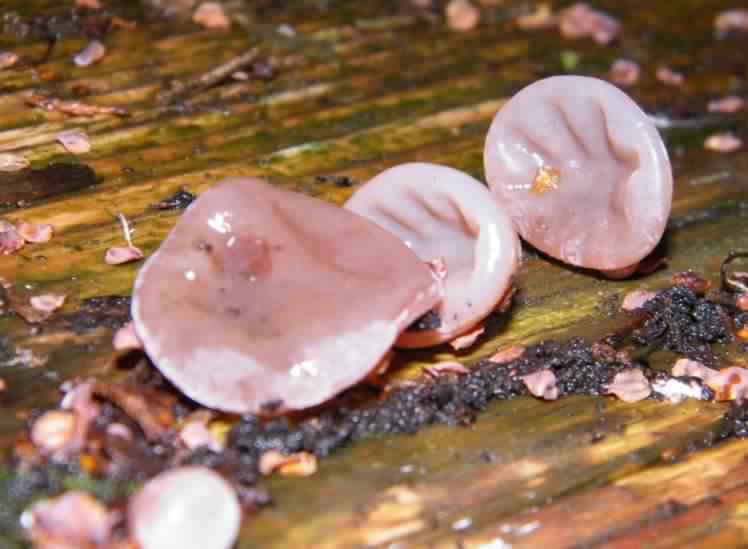 A reasonably frequent species in the UK, the Jelly Ear Fungus, can be found in most of Mainland Europe, North America, Asia and Australia on dead wood from autumn through to spring.  The distinctively shaped fruiting body of Auricularia auricula–judae grow to around 3–10cm (1.2–3.9in) across, are a light brown colour with a purple tinge, a grey down on the outside and smooth inside.  They darken with age becoming more wrinkled.  It is a saprobic species mainly living on the dead wood of Elder, but also found on Sycamore, Beech and Ash.  It has a tough, elastic texture when fresh drying to a hard and brittle husk capable of reconstitution, continuing to produce spores when wetted.  Auricula is a Latin word for ear, and Judae means Judas, the common name Judas' Ear a reference to the belief that Judas Iscariot hanged himself on an Elder tree in shame after betraying Christ.  Modern sensibilities have deprecated the original Semitic naming in favour of "Jelly Ear".

FBCP do not advise or recommend that Jelly Ear – Auricularia auricula–judae is eaten or used as an herbal remedy.   This fungi is listed as being edible when cooked and very popular in some eastern countries, it is said to be of a good texture but flavourless.  Medicinally it is reputed to have been used for the relief of sore throats.