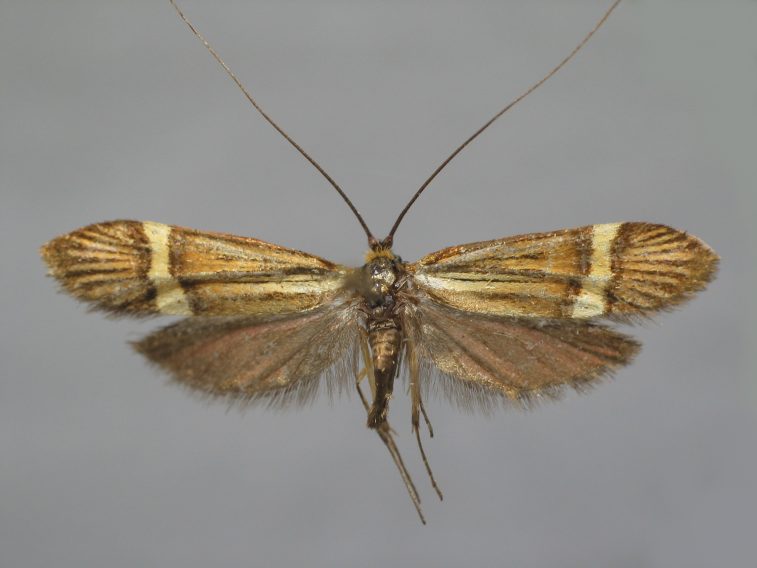 Photo ©2013 Michael Kurz
Click any photo for a larger image 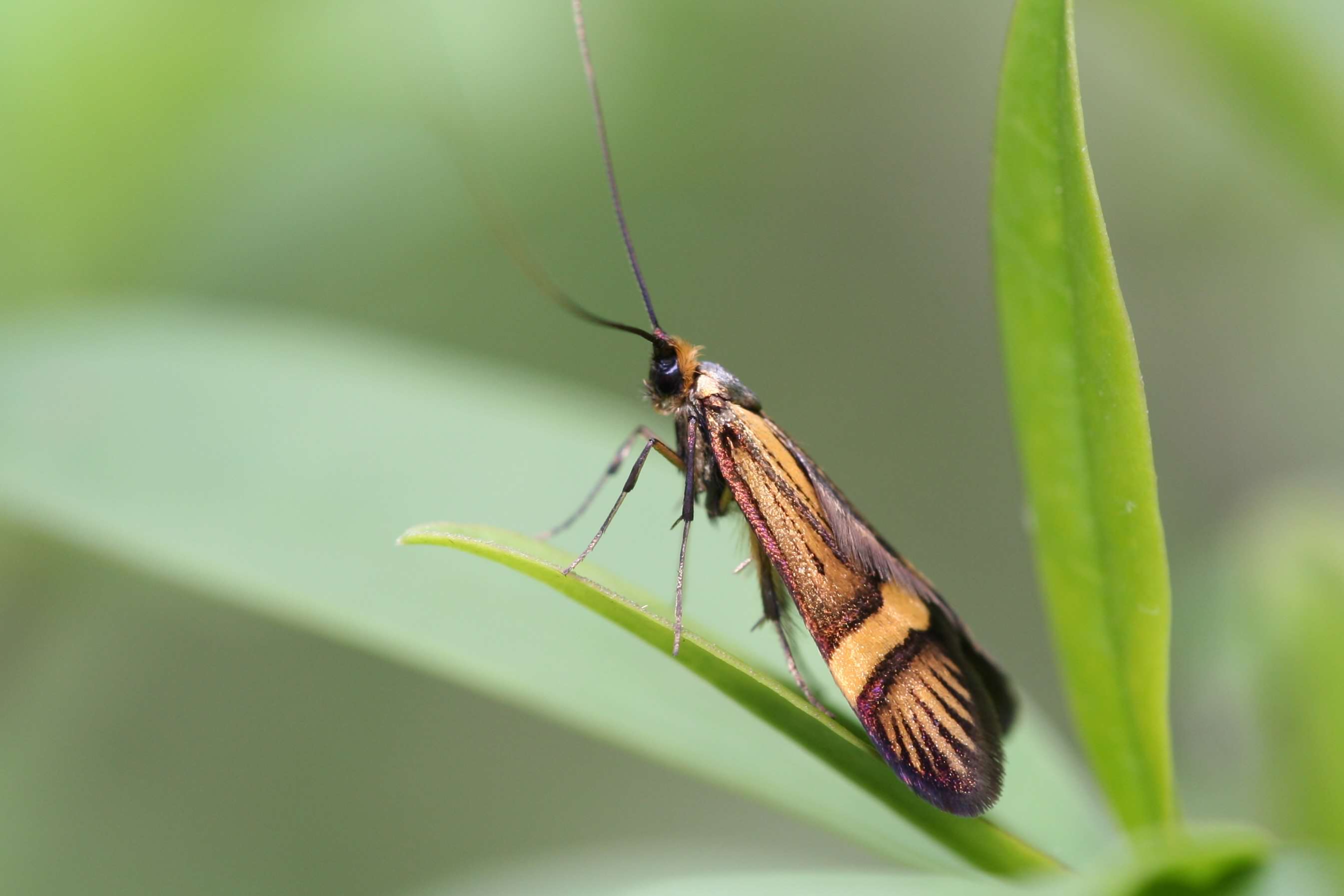 Another distinctive micro–moth which at 16–23mm (0.63–0.91in) is slightly larger than the Green Longhorn moth, with even longer antennae and a conspicuous dark edged yellow bar across the wing.  It is a widespread and generally frequent day–flying species of damp woodlands, stream sides, hedgerows and gardens, though rare in Scotland, seen from May to July in the UK and north west Europe.  Males have extremely antennae ranging up to four times their body length, while the female has much shorter antennae, but still the longest antennae of all the British moths.

Caterpillars feed on leaf litter especially Birch while the adults feed on Common Bistort - Persicaria bistorta, Oxeye Daisy and Nettles.  Adult males will often be found in clusters "dancing" in bright areas of sunshine.  All Longhorn moths are colloquially referred to as "Fairy moths".