This species can sting. 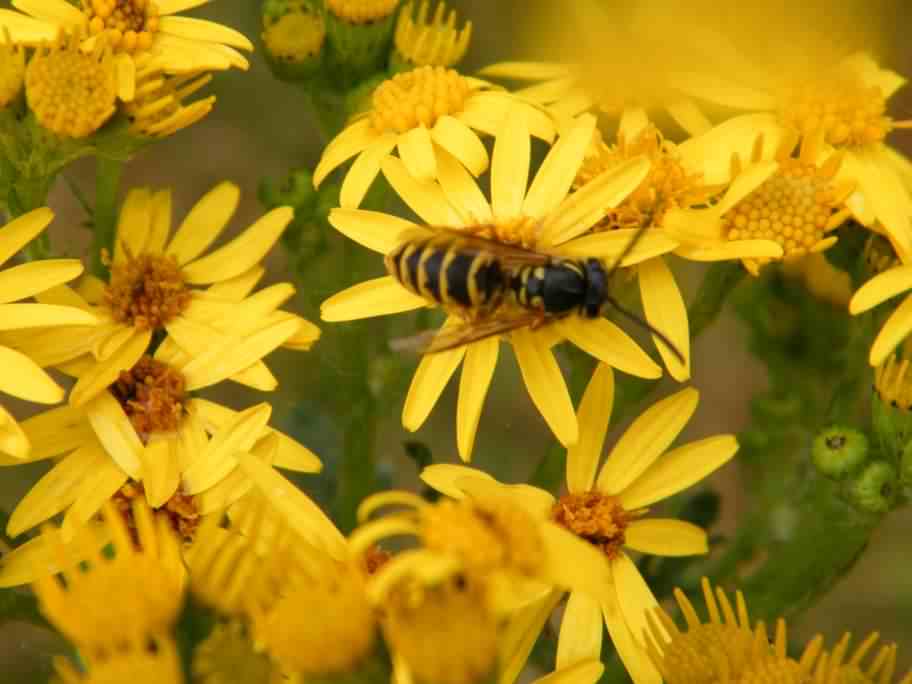 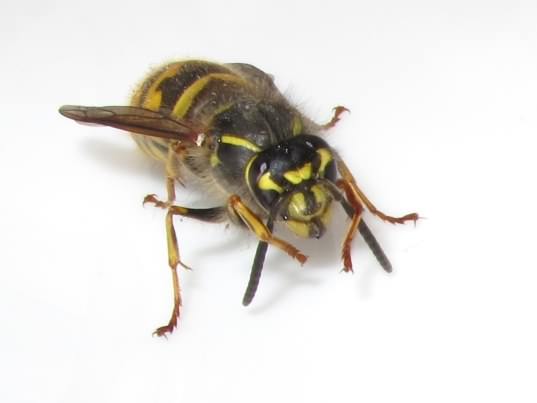 As its name might suggest the Common Wasp is a very common species found in many countries including North America, The United Kingdom, Eurasia, Australia and New Zealand where it is an introduced pest species.  It has recently been suggested that the American wasps may be a separate species Vespula alascensis.  In the UK they are seen from April to late October in a wide range of habitats and is common in gardens, woodlands and meadows as well as around habitation.  They are a very recognisable insect of a black and yellow colouration with a striped abdomen, they can be distinguished from other similar wasps species by an anchor–shaped mark on its face.  In the spring the emerging queens at 20–25mm (0.8–1in) long can be mistaken for Hornets.  It is a social insect where a colony is formed by an over wintering queen building a new nest of chewed wood fiber and saliva each spring in a suitable site such as a hollow tree, wall or loft cavity, rock crevices or underground.

The foundling nest is of around 20–50 cells in which the queen lays an initial brood of eggs.  These larvae once metamorphosed into smaller sterile female "workers" take over the foraging, nest building and egg rearing duties from the queen who then solely concentrated on egg laying.  The nest which is only used once may then reach 6,000 to 10,000 wasps becoming a large sphere about the size of a football.  Developing larvae are fed various insects and caterpillars whilst adults feed on nectar and rotting fruit.  They will also steal honey from bees nests where the bees will them mob the invading wasp and attempt to sting it to death.  Towards autumn new "drones" (males) and next years queens are produced, who after mating, disperse to find an over wintering site for the next years colony.  The foundling queen, workers and drones die at the onset of winter.

Unlike Bees wasps do not loose their stings when used and can sting many times, and if in sufficient numbers may cause an anaphylactic reaction in humans or rarely death if a person is stung enough times.  Wasps nest can be predated upon by the Honey Buzzard, some hoverflies lay eggs in wasp nests where the hoverfly larvae then feed on wasp young.  Recently a parasitic mite Varroa destructor jacobsoni has been found in wasp nests in Poland.