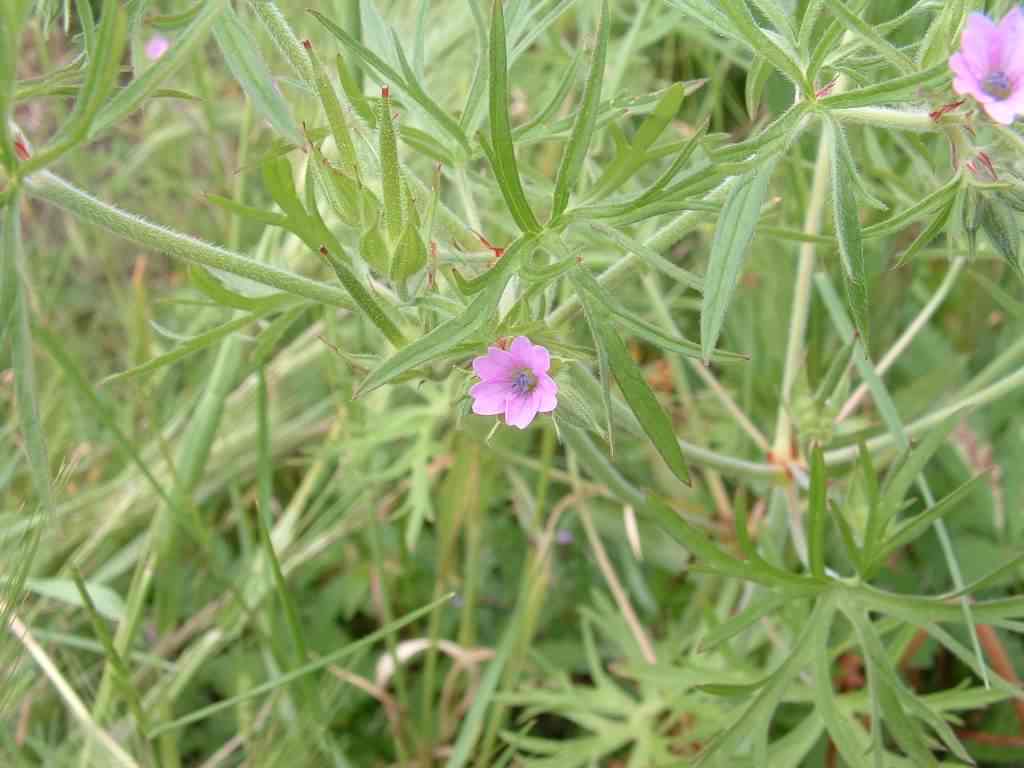 Native sprawling hairy annual growing to 50cm (19.5in), widespread and common, it is native to Europe but it can be found on other continents as an introduced species.  It is a widespread weed in North America, where it is known as the Cut–leaf Geranium.  Cut–leaved Cranesbill can act as a biennial or winter annual.  Found on roadsides, disturbed ground, hedge banks, waste ground and cultivated soils.  Leaves of Cut–leaved Cranesbill are deeply dissected into narrow lobes five to seven in number.  Five light pink overlapping slightly notched flowers 8–10mm (0.25–0.5in) across with purple veining and blue anthers appear May to September ripening to a long pointed seedpod that breaks off when ripe ejecting the seed in the process.  Studies suggest that Cut–leaved Crane's–bill is increasing coverage being found on heavy clay type soils through light sandy, calcareous and loamy soils.