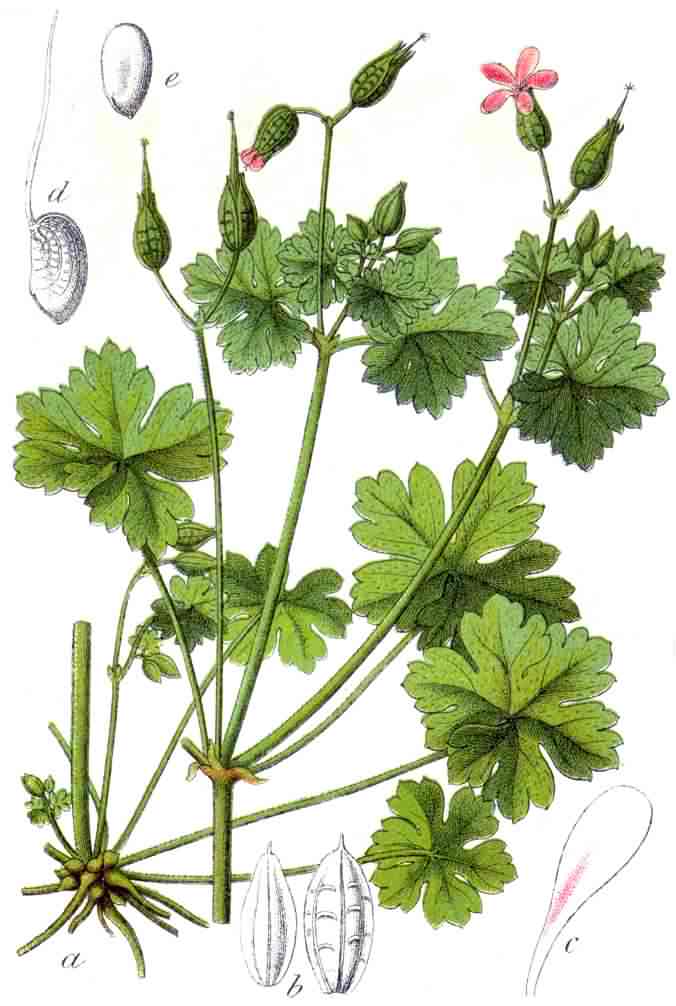 A small member of the Geranium family closely resembling several other wild Geraniums E.g. Dove's–foot Cranesbill, and Herb Robert.  An annual or biennial herbaceous plant growing typically in shady Oak woodlands, forest openings and open grasslands and roadsides throughout Europe and Asia.  It is a garden escapee in America where it is regarded as a Class A noxious weed in some states requiring control by land owners.  growing to 10–35cm (4–15in) tall on thin fragile stems faintly glabrous, possibly tinged red or pink.

Small pink actinomorphic flowers 5–8mm (0.2–0.3in) across with five petals and five green sepals appearing June to August usually in axillary pairs, or terminally on the shoots.  The flowers are pollinated by insects and mature to five part capsules with a long pointed end or "beak" that gives the plant one of its common names - "Crane's Bill".  The seeds are ejected by force helping them to spread relatively far from parent.  Leaves are round to kidney–shaped shiny glabrous of 5–7 lobes with palmate venation that are further shallowly lobed.  A basal rosette of leaves are long stalked, those on the plant stems are short or non stalked.