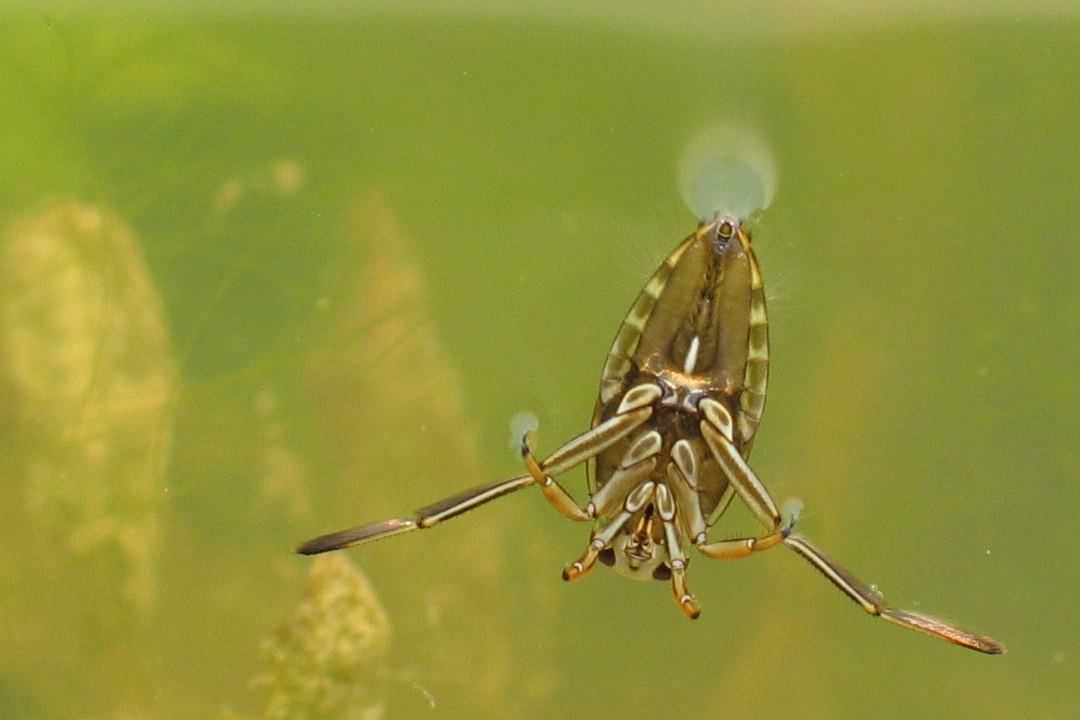 Photo ©2003 Holger Gröschl
Click any photo for a larger image 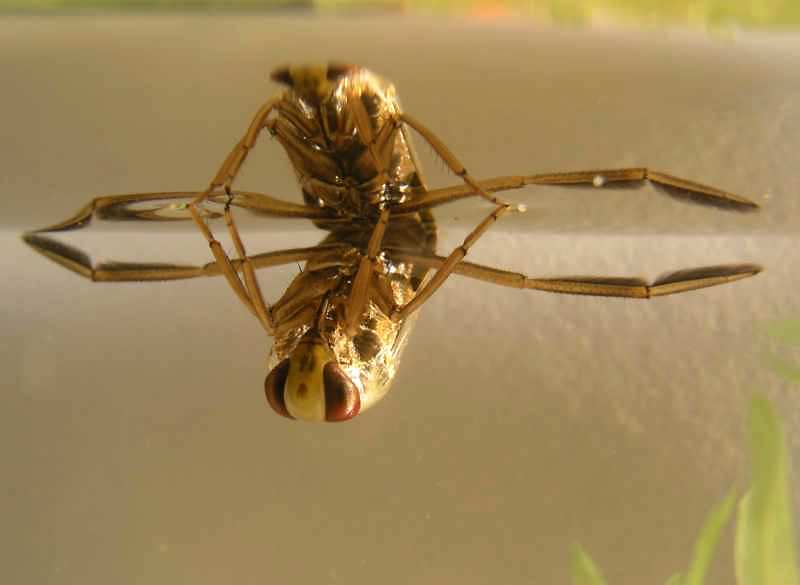 The Greater Water Boatman or Common Backswimmer is widespread and common invertebrate of ponds, lakes, canals and ditches throughout the UK, Europe and Asia.  They are called backswimmers because unlike the Lesser Water Boatman – Corixa punctata, they are often found just under the surface of the water where they have a silvery look as air becomes trapped in a layer of bristles covering their lower surface, which as they are upside down, helps to keep them attached to the surface from surface tension.  They are a light brown colour with a number of dark markings and large reddish eyes.

At nearly 2cm (0.8in) long they have powerful oar–like hind legs that are flattened and fringed with hairs.  In much of its range it is the most common backswimmer species and is the most widespread and abundant of the UK backswimmers species.  Females have a larger body size compared to males.  There is only one generation a year, where white oblong eggs are laid from February to May in plant stems or attached to aquatic vegetation, to then progress as five nymphal instars over the summer months.

Notonecta glauca feed on mosquito – Culex, larvae either waiting for their prey or actively hunting them, however the depth of the water body can affect how they pick which other prey they eat.  Both males and females spend a lot of time on the surface of the water where they usually find the Culex larvae, however in shallow water mature females will dive to the bottom to find Waterlouse – Asellus aquaticus, a freshwater crustacean resembling a Woodlouse.  They also take other aquatic organisms like Daphnia spp., fish eggs, fry, and tadpoles.  The Greater Water Boatman should not be confused with the very similar looking Lesser Water Boatman – Corixa punctata which swims on its front and feeds on algae.