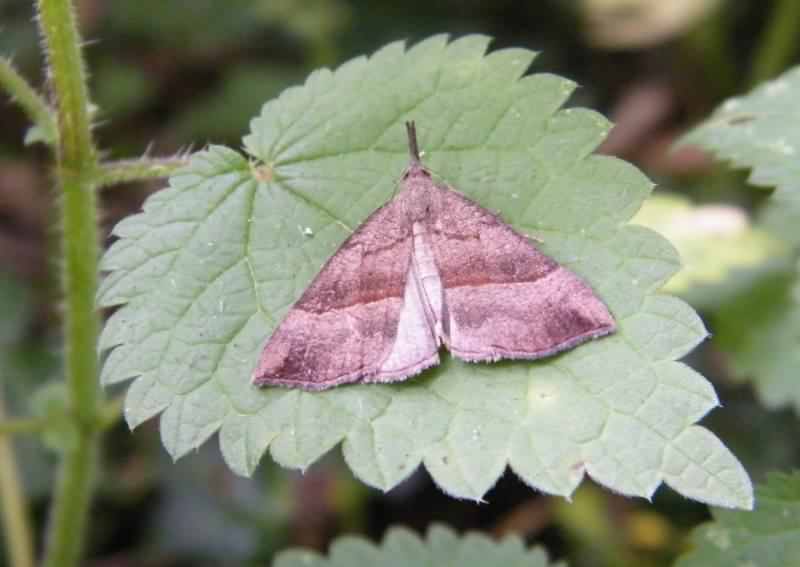 A common macro moths species throughout Britain and Europe with a wingspan 25–40mm (1.0–1.6in) found in a wide range of habitats including waste ground, gardens, rough meadows and marshes, woodland and other places where nettle occurs.  Widespread and common in Hampshire and on the Isle of Wight.

Easily recognised by its very long upturned palps or "snout" from which it gets its common name although some may loose the palp.  Variable in colour, some are mottled or have no cross lines.  Sometimes seen in relatively high numbers around dusk, flying over patches of its foodplant - Stinging nettle.  It flies in two generations from late May to September.  The larvae feed on Hops, Nettles and Ground–elder